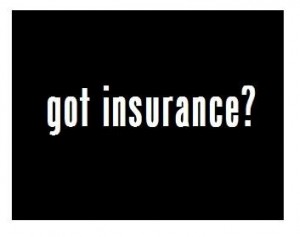 As a psychiatric nurse practitioner, often my greatest challenge lies not in managing patients’ care, but in coping with insurance issues that arise from their diagnoses. As the open enrollment period nears, I think it’s a good time to revisit the issue of mental health coverage, the Affordable Care Act and the question of parity.

There is no question that the Affordable Care Act has provided for more insurance coverage and reimbursement than ever before, but exactly what kind of coverage is available?

When the Mental Health Parity & Addiction Equity Act of 2008 (MHPAEA) became fully effective in 2011, many mental health consumers were hopeful that mental health issues would be covered in much the same way as physical illness. The MHPAEA, however, didn’t require that private insurance plans necessarily offer mental health or addiction services, but if a plan offered coverage, it must offer coverage equal to other medical conditions.

In 2013, a Final Rule was released clarifying the legislation, but still equal coverage is problematic because states are responsible for oversight. Treatment pre-authorization and restrictions on the types of providers and facilities are examples of the kind of problems that impede mental health practitioners from providing the best course of treatment. I can tell you that having coverage and having access to treatment are not the same thing.

In Tennessee, the MHPAEA supersedes the state’s parity law. There is no longer a 1% cost increase cap, and different co-pays, coinsurance and deductibles are no longer in effect because of the federal parity law. There is also mandated coverage for substance use disorders. If you have a complaint or concern about the parity of your coverage and are covered under an insurance policy, you should contact the Consumer Insurances Services section of the Tennessee Department of Commerce and Insurance. If you are covered under a self-funded plan, you should contact the U.S. Department of Labor, because changes would be made at the federal level.

If you’re interested in a more in-depth explanation of the MHPAEA and the Final Rule, check out this article prepared by the Parity Implementation Coalition, a group of addiction and mental health consumer and provider organizations committed to the implementation of the 2008 law. (http://www.mentalhealthamerica.net/sites/default/files/final%20detailed%20summary.pdf).

Selecting the right insurance plan requires that you do your homework. The National Alliance on Mental Illness (NAMI) offers a great fact sheet that includes answers to the most frequently asked parity questions. NAMI notes that under parity, focus is primarily on coverage of conditions that are considered “medically necessary.” You are entitled to request your insurer’s standard for medically necessary determinations, and it must be made available. For information on what to do if treatment is denied and for answers to other parity questions, go to the NAMI site at http://www.nami.org/Template.cfm?Section=Issue_Spotlights&Template=/ContentManagement/ContentDisplay.cfm&ContentID=165381.

US News & World Report Health Insurance Guide offers information on how to shop for the best health insurance plans in Tennessee. (http://health.usnews.com/health-insurance/Tennessee). Other resources include http://www.healthcare.org/tennessee/, https://www.healthcare.gov/get-coverage/, http://www.tn.gov/insurance/healthcare.shtml

Now back to Medicaid. I have to confess as a mental health practitioner, I find Tennessee’s failure to expand Medicaid services unconscionable. While parity coverage is within reach for many, in Tennessee scores of people challenged by mental health issues are still denied coverage and access to mental health care. While other states that originally opted not to expand their Medicaid services are now moving in that direction, the Tennessee legislature and Governor Bill Haslam are still dragging their feet.

The Nashville Tennessean reported recently that Haslam said in August he wanted to come up with some plan for expansion, but it was hard to please both federal officials and state lawmakers. He admitted that some form of expansion would probably save the state and federal government money, and he acknowledged it would provide coverage for more people. And yet there is still no plan forthcoming. He shamelessly uses children in his latest campaign ad, with one child saying “actions speak louder than words.” With regard to Medicaid expansion and caring for those in Tennessee who lack care and support services, yes Gov. Haslam, it does.

I think, though, we will continue to move closer to parity coverage as our model for providing mental health coverage changes. We are moving toward a more integrated mind-body approach, and it’s going to take time. I believe we will get there. In the meantime, don’t forget, open enrollment for 2015 begins November 15 and ends February 15.